The Education Circle, the official academic organization of the Teacher Education Department (TED)of the College of Education (CEd), initiated a fundraising event dedicated to helping TED’s pre-service teachers (or KapaTEDs as how they call it) for the online class set up in the midst of pandemic.

The virtual event dubbed as “PISONET: Drop a coin for minutes of exploration, Donate a coin to give access to Education”, held on 21 February via the official FB page of Education Circle was able to raise P6,000.00 during its three-hour duration. It featured TED artists and performers as well as student-performers from within and outside CvSU.

Dr. Jake Raymund F. Fabregar delivered the welcome remarks while Dr. Ammie P. Ferrer, CEd dean and Dr. Florencio R. Abanes, TED chairperson sent their messages of support for the event and the organization. The event was hosted by Education Circle officers, Rizzalyn O. Aliwalas and Val Patrick P. dela Rea and was made more exciting with games and prizes, spearheaded by Education Circle VP-Internal Bernard Batino. Performers were given certificate of recognition for their voluntary contribution in the said event.

The event, which reached 6,185 total engagements, was also supported by Silang, Cavite Vice Mayor Hon. Aidel Paul G. Belamide. The idea of donating a coin was inspired by a local computer business named PISONet that requires the user to drop coins for access to the computer for a limited time. Beneficiaries were selected according to their ability to attend online classes and their internet connectivity. (VPDelaRea/JRFFabregar) 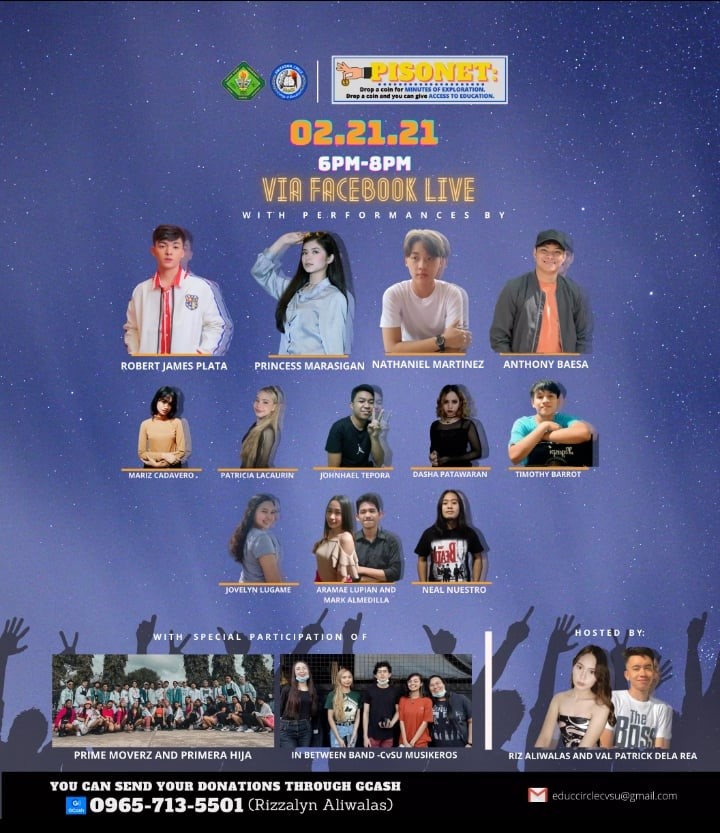 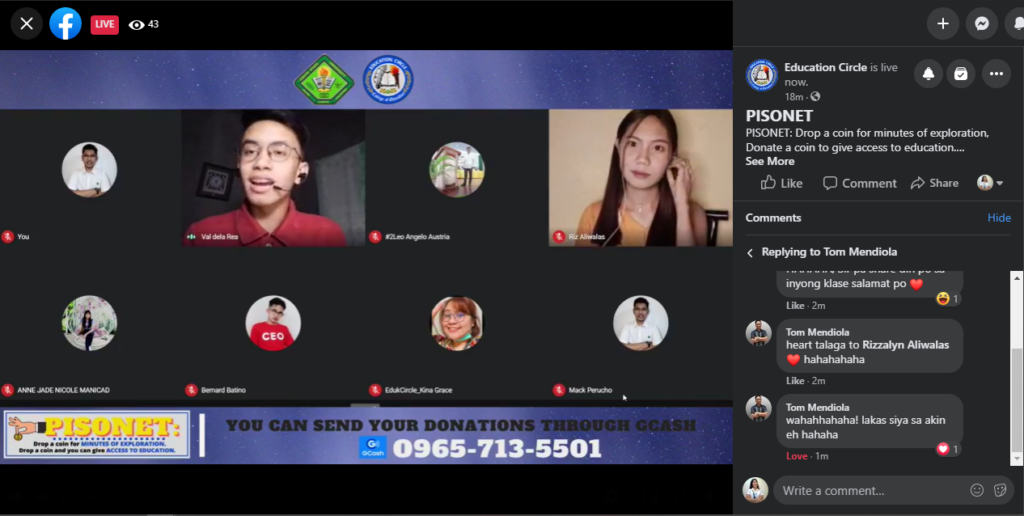 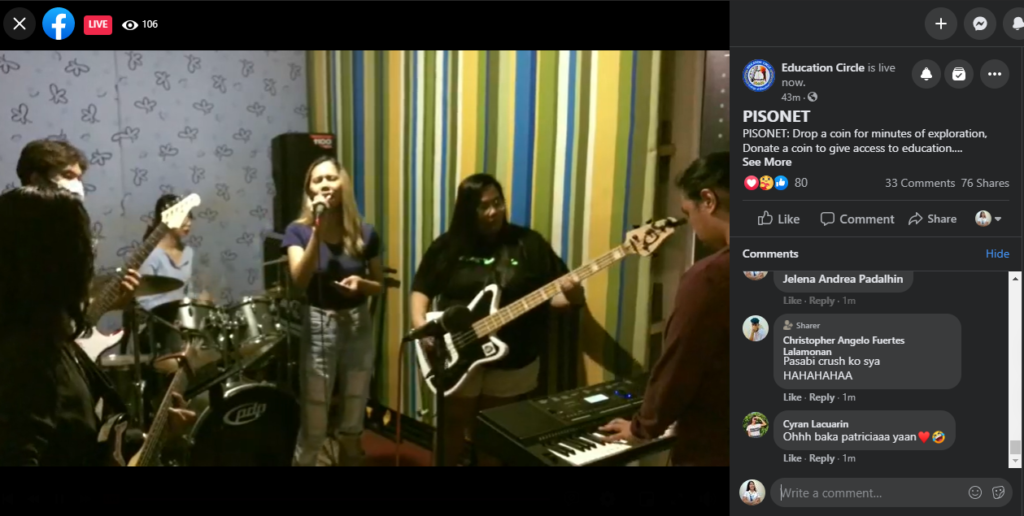