Partnership between the Commission on Higher Education and Cavite State University brought 70 thousand washable facemasks to various communities in Cavite through Project MASKS which stands for “Manufacture and Distribution of Adequate Facemasks for the Safety of Key Personnel and Various FrontlinerS”.

This three-month CHED-funded project provided additional support to the existing efforts of national and local agencies in its fight against COVID-19. With CvSU as the implementing agency, it contributed in increasing the capacity to prevent further spread of the virus through the use of facemasks distributed not only to the frontliners but also the vulnerable sectors like senior citizens and children.

It also offered  job opportunities to community members whose livelihoods were greatly affected because of the quarantine. Thirty local tailors who were tapped to produce thousands of facemasks were able to raise income for their family’s needs while also contributing in their community’s fight against the pandemic. Meanwhile, eight more individuals who were displaced utility workers were hired to help in the packaging. With them are other volunteers headed by the University officials who assisted in placing the said items in boxes before the actual distribution.

The project also aimed to increase awareness on the proper use of washable facemasks through a simple information material attached to every piece of mask distributed. A social media page devoted for MASKS also helped in engaging the community to be participants of this partnership. 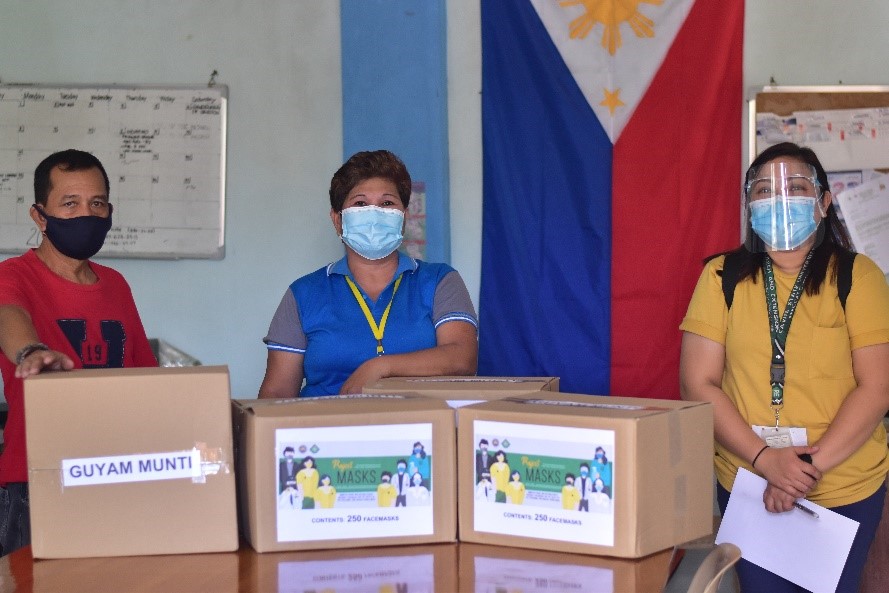