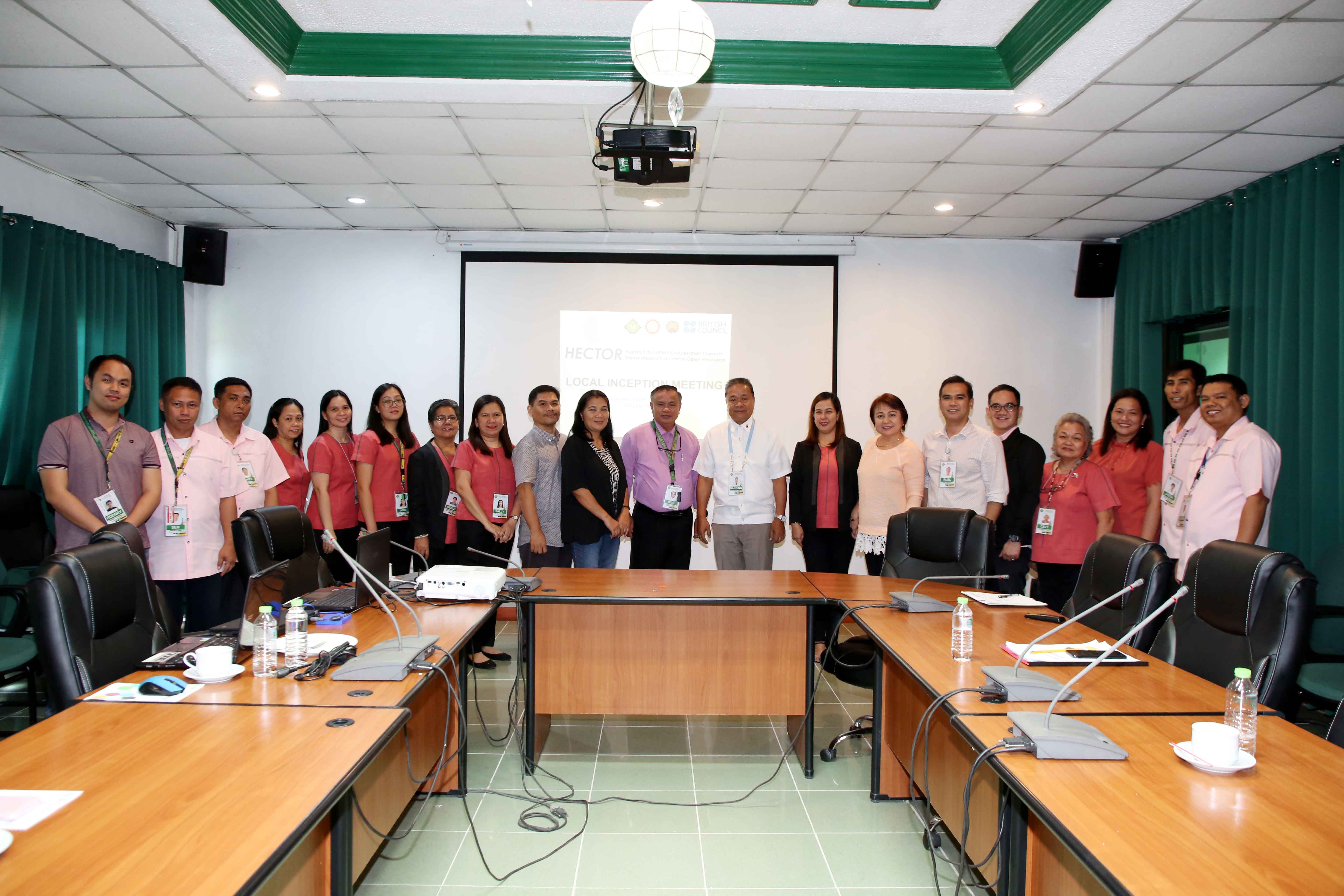 To have a grasp of the project, a local inception meeting was held at the Lasap Hall of Cavite State University, Don Severino de las Alas Campus last October 14 with the team and university officials headed by president, Dr. Hernando D. Robles.

In his message, Dr. Robles expressed his full support to the project. “This project will definitely raise awareness on TNE and will foster cooperation among HEIs in intensifying the landscape for TNE operation and implementation through advocacy and capacity building of HEIs on TNE,” Robles adds.

Dr. Rhodora S. Crizaldo, in her opening remarks pointed out that HECTOR is very timely. “This project is our response to Education 4.0 and our support to CHED’s initiatives on internationalization. Likewise, HECTOR is the key driver of CHED in its role of formulating a “coherent national strategy” to encourage and facilitate the establishment of the most effective forms of TNHE programs and institutions in the country,” she stresses.

Meanwhile, Prof. Jason R. Maniacop gave an overview of HECTOR and introduced the Team who will be working on the said project, while Prof. Alfredo A. Venzon presented the details of the project work plan.

Also present during the meeting were Drs. Camilo A. Polinga, vice president for academic affairs and Ruel M. Mojica, vice president for research and extension. Staff of the Internal Audit were also invited to enlighten the Team of the procurement processes and budget management.

Following the local inception was a preparatory meeting held last October 18 at the British Council in Taguig City with Ms. Lotus Postrado, head of education and Mr. Aaron Joshua Macapagal as facilitators. The meeting discussed the agenda on how to develop a logical framework for HECTOR based on the scope of the project, objectives and deliverables, finalize the project management structure and governance of HECTOR, review the work plan specifically on the procurement and budget management and project milestones, develop initial draft and schedule of M&E, and  finalize the schedule of the Grand Inception Meeting to include attendees such as  advisory group, project consultants, project team and selected administrative support services personnel of CvSU.